Enter Your Name and Email Address below to Get Started:

TIMES: 9am to 5pm GMT
There will be morning and afternoon breaks and 45mins lunch each day
(please note catering is not included)

Bonuses: Full access to the recording from the Sydney Seminar that took place in Feb 2021 for 6 months PLUS an online LIVE Q & A webinar on the 8 Extraordinary vessels 1 month from completion (date to be confirmed)

PLEASE NOTE: Terms of attendance will be subject to current government and venue requirements and these are as follows to date: You must wear a mask inside the public areas of the venue/hotel arena BUT it is NOT mandatory to wear a mask in the classroom. You can wear a mask if you choose to inside the classroom. Attendees at a Conference do not have to show Covid Certificates or if they are Residents.
If they are going in to the Bar, they will be asked for Covid Certificates and Photo Id.
This is the current government requirement. These requirements may be subject to change.

This seminar is an integration of Chinese medicine concepts especially based on the teachings of Jeffrey Yuen with human behaviour, neuroscience and quantum physics.

"I really appreciate the time, effort, inspiration to bring this workshop to life. The 8X material you've presented has been direct, useful, understandable and most importantly...relevant.

A special thanks and acknowledgment to Jeffrey Yuen for his teachings. This seminar is grounded in the foundations of JY's teachings on 8 Extraordinary Channels.

We will explore these foundations... 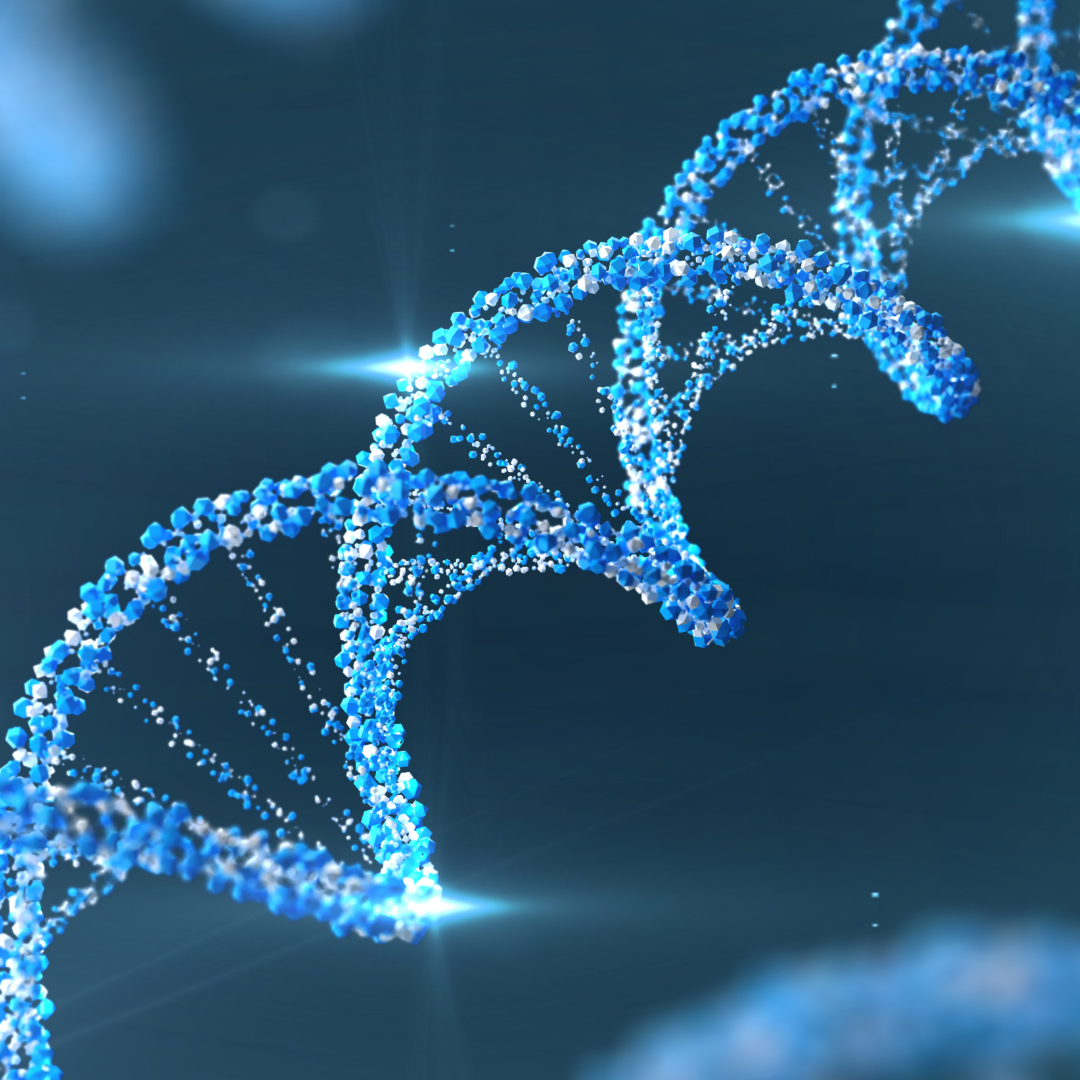 It all starts here. Where do we come from, what's the purpose, what is destiny, what's faith, why these channels, where do we go and what should we take with us? 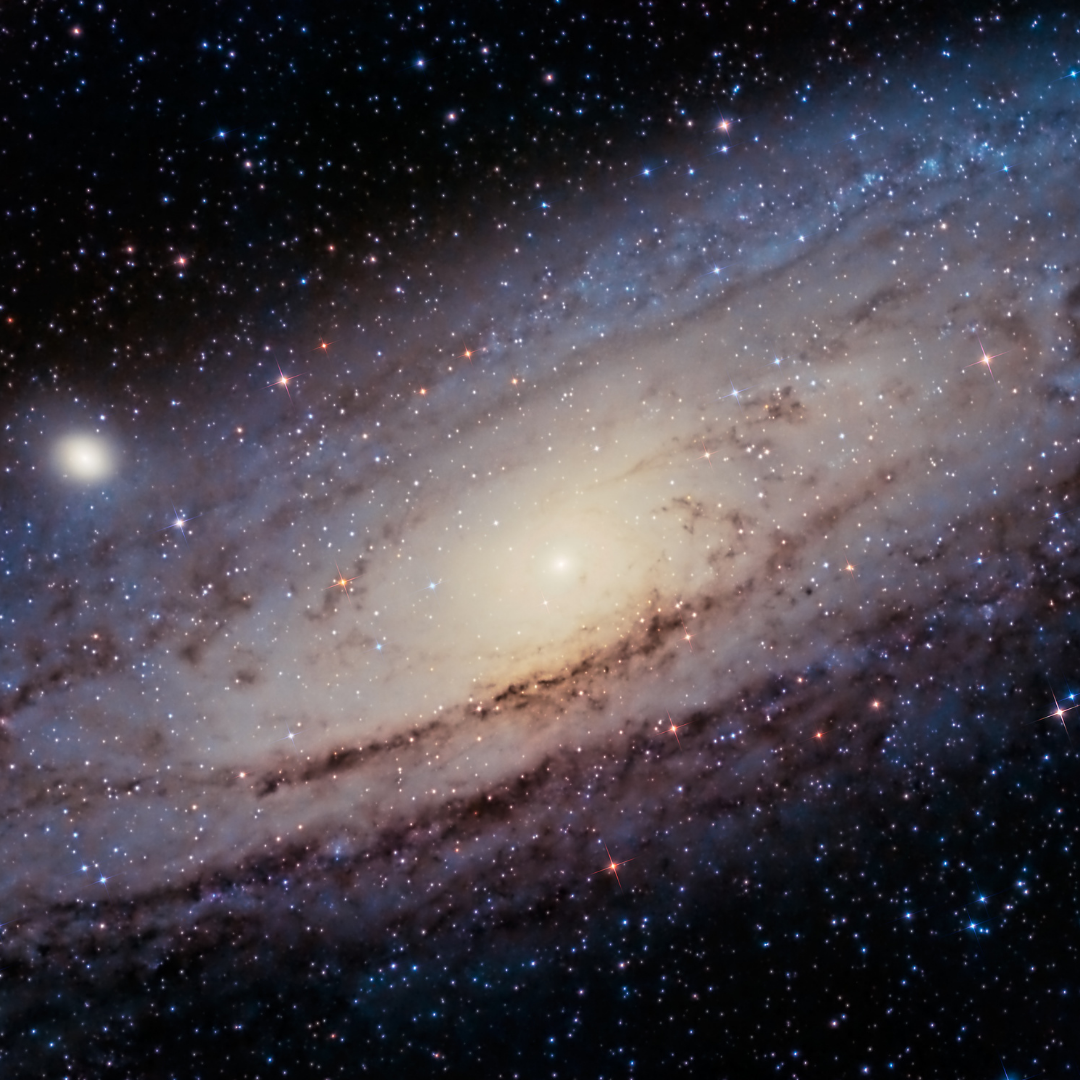 "The person who wants to have right without wrong, order without disorder, does not understand the principles of heaven and earth" - Chuang Tzu. 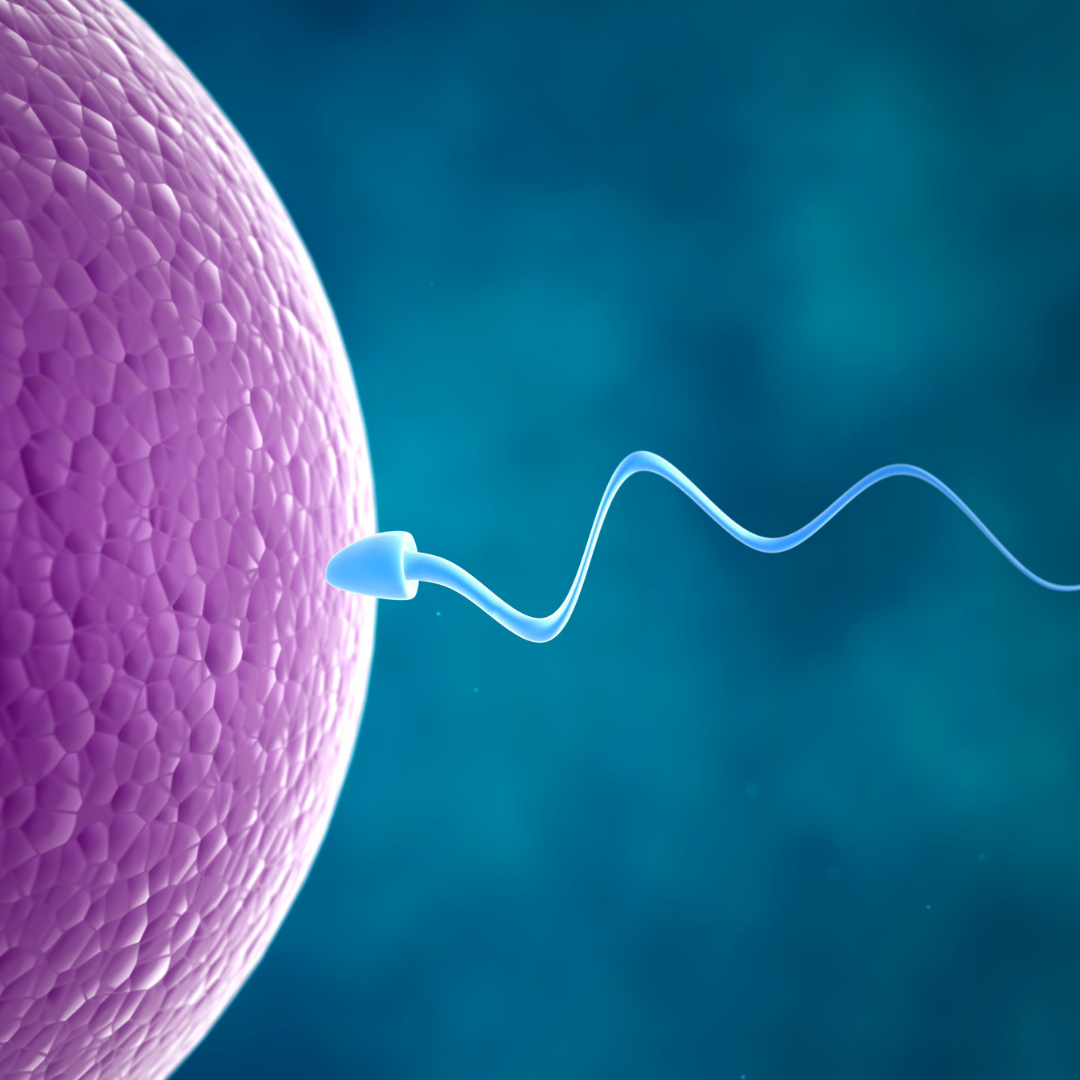 Conception is the course of pre-natal energies based on reversal of the generating cycle. If there is conception, it is because you are chosen. If it is to remain, it is because the soul has accepted its destiny. 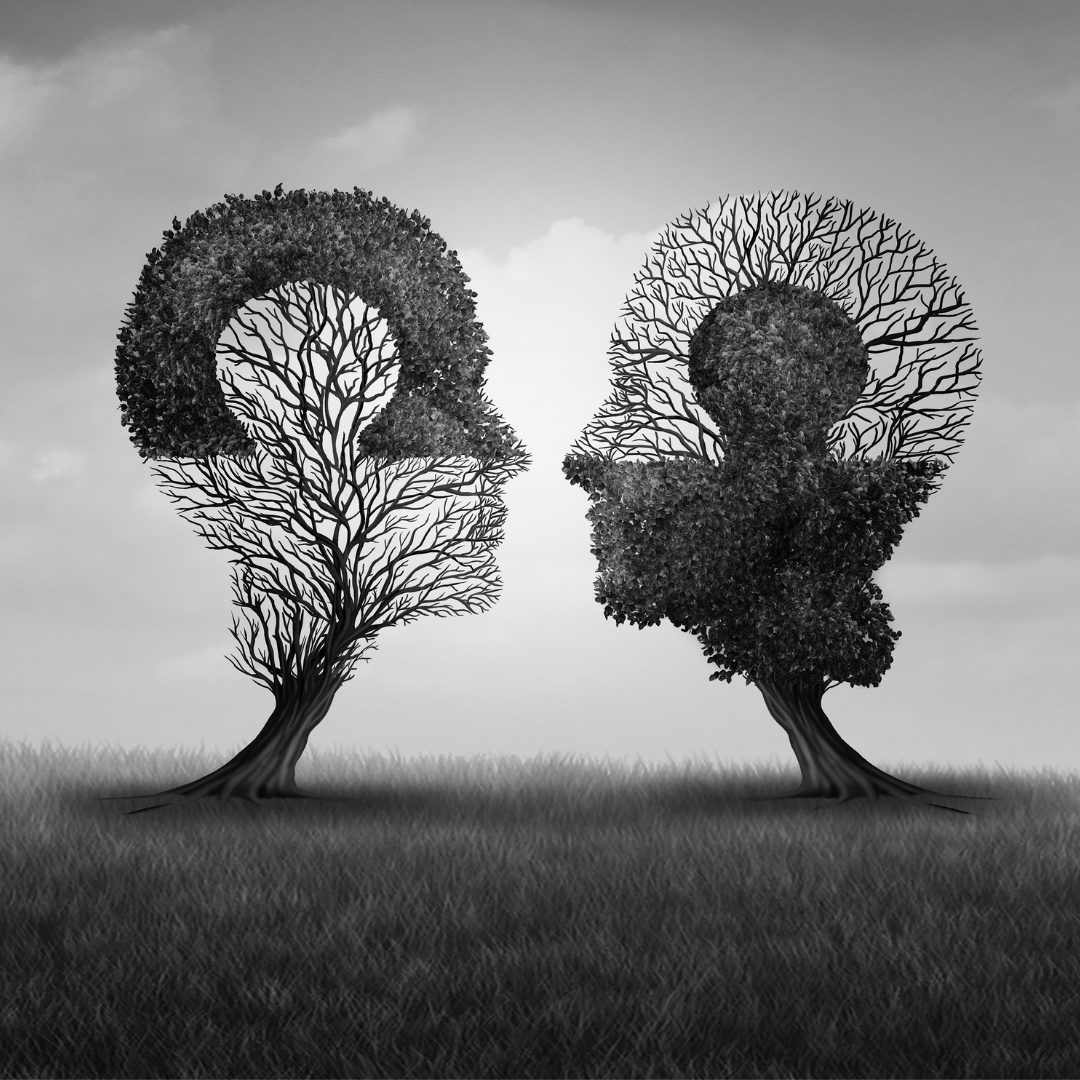 Emotions are lopsided perceptions of an already balanced world. Our psyche remains in balance but our perceptions distort our reality and the channels express our reality from actuality. 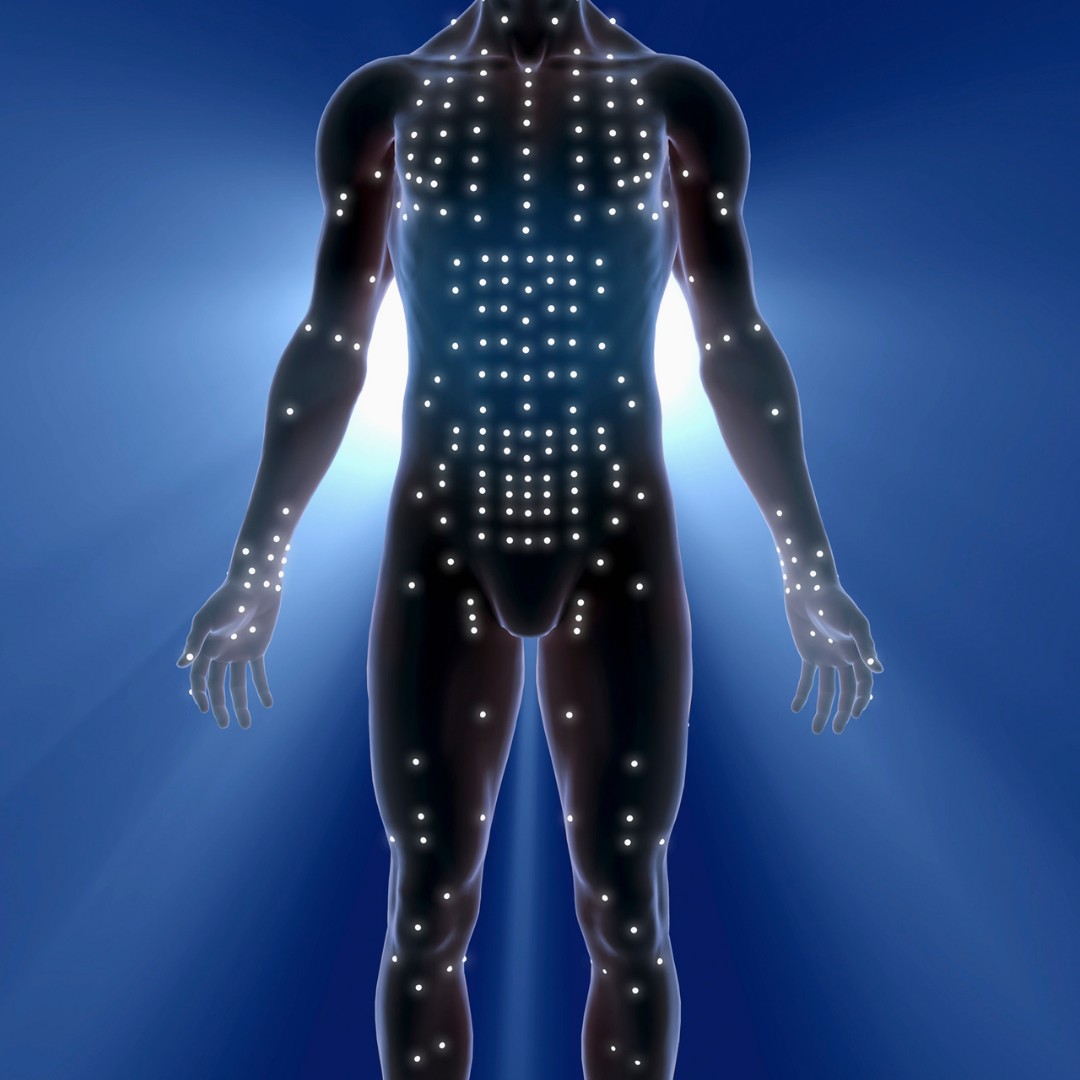 Channels That Tell Our Life Story

Each of the 8 extra channels bring meaning, context and experience to help us acquire, perceive, create and execute according to our highest values.

Our innate intelligence that helps us to change and adapt to our environment for maximum survival, evolution and continuation.

What practitioners had to say about Sohial's 8X workshop?

"Really loved the seminar and the energy you brought. The first day bent my mind (in a good way)....Can't wait to do more".
- Tracy G. (Adelaide)

- From attendees of the Melbourne 8X workshop in October 2019
Ready? Click Here To Secure Your Early Bird Seat Only 475 Euro (SAVE 120 Euro from Full Price)

Sohial Farzam is a Doctor of Chinese Medicine (Acupuncture). Sohial has been practicing for 19 years. He has also been a past long term lecturer at the Endeavour College of Natural Health (formally known as the Australian College of Natural Medicine) in Melbourne Australia for around 14 years.

Sohial’s main area of work is in psycho-emotional dynamics, mental health and emotional empowerment. He is a widely known practicing acupuncturist in Australia and he currently presents many seminars on mental health and emotional conditions all around Australia, New Zealand and Europe.
He has a special interest in human psychology, human behaviour, neuroscience, quantum physics and philosophy. He integrates all these study angles to fully understand the dynamics of the psyche. He helps people empower their lives so they can liberate from emotional bondage, breakthrough stagnation and clutter as to maximize their heart potential by becoming “masters of their destiny, rather than victims of their history”.

Sohial recently founded the 'International Integrative Mental Health Conference - A Chinese Medicine Based Event (IIMHC)" whereby many of the world's well-known practitioners and speakers took part presenting to an audience of 200+ online talking about Emotional Trauma.

Reviews from other practitioners on
Sohial's other workshops...

“Sohial brings light to the void of knowledge not often taught at schools. Since his seminars I have felt the growing need to learn
about the crucial connection between emotions and the physical body. The topics on which Sohial speaks are captivating,
thought provoking and definitely a way of the future...With practical examples, exceptional knowledge and a true passion which
resonates from his speaking, Sohial is guaranteed to inspire. Highly recommended”
- Emma Snare - (Acupuncturist, Sydney)
“Sohial brought a whole new depth of understanding the emotions in a way I'd never knew before and certainly nothing I learnt at uni, or after 16 years in practice from other seminars.
...Sohial presents with great enthusiasm and humour to make such an in depth topic easy to relate to and understand"
- Savoula Zakis (Acupuncturist, Melbourne)
“Sohial goes where few acupuncturists venture - straight to the emotional disharmony that accompanies many (if not all)
clinical presentations. His insight and knowledge into the spiritual aspects of the points and presenting issues is
superb and highly insightful. His ability to describe neurological links and TCM pyschoemotional analyses
of cases are fascinating and inspiring...If you get the chance to attend one of his
seminars I highly recommend it! ”
- Kate Pennington (Acupuncturist, Warrnambool)
100% Money-Back Guaranteed. At the end of the seminar, If you don't think it was
worth your time, let me know and I will give you a full refund.

Let's take this journey together...

Is this seminar just for practitioners or can students attend?
This seminar is definitely suited for both practitioners and students. In fact, many previous practitioners who have attended my workshops were pleasantly surprised that the content surpassed their expectations even as seasoned practitioners. The 8X channels are not heavily covered during college so this seminar puts an end to that.
Is the seminar just for Acupuncturists?
The content is grounded on the foundations of Chinese Medicine knowledge and philosophy. However, other disciplines are also discussed such as Quantum physics, Neuroscience, Physiological Implications as well as Psychological and behavioural associations. Therefore, I have always had a variety of health professionals attend my workshops including other allied health practitioners in particular Reiki healers, Kinesiologists, remedial therapists, counsellors, psychologists and energy healers.
How much is this seminar?
This seminar is on its early bird pricing and is currently 475 Euro.
Full price will be 595Euro (so you SAVE 120 Euro)
Is this a face to face live seminar and if so where is this seminar?
Yes this is a planned face to face seminar. Currently we have a tentative booking at: Carnegie Court Hotel, North Street, Swords, Co. Dublin, Ireland
E-mail: info@carnegiecourt.com, Ireland tel: 01 840 4384, International tel: +353 1 840 4384
Is there a recording if I book but can't make it live?
Yes. The bonus is you have access to a 6 month recording to watch as many times as you like. Please note the recording is from an online seminar that was delivered in Sydney in 2021. The content is the same.
How do I obtain my CPD Certificate?
After completion of the event, all attendees will receive a certificate of completion. The certificate is not affiliated to any specific association.
PLEASE NOTE: Terms of attendance will be subject to current government and venue requirements and these are as follows to date: You must wear a mask inside the public areas of the venue/hotel arena BUT it is NOT mandatory to wear a mask in the classroom. You can wear a mask if you choose to inside the classroom. Attendees at a Conference do not have to show Covid Certificates or if they are Residents.
If they are going in to the Bar, they will be asked for Covid Certificates and Photo Id.
This is the current government requirement. These requirements may be subject to change.
Sohial Farzam Copyright 2021
Copyright © 2020 ClickFunnels.com. All Rights Reserved.